Using the Reagan restrooms is an epic, unnecessary struggle 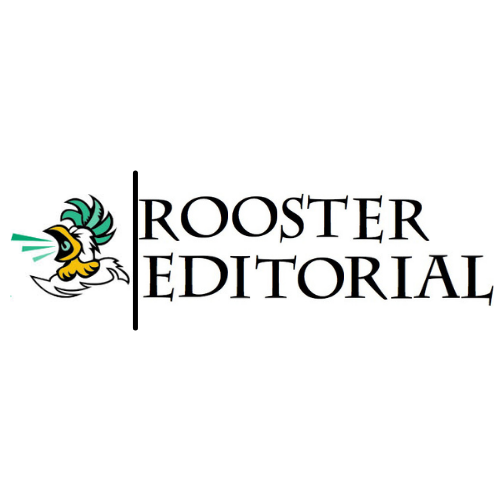 Reagan has long been considered a clean school, one with plenty of paper towels, more than enough soap and the expected amount of bathroom stall graffiti you would expect in a public school. This year seems to have brought Reagan’s spotless tradition to an end. The school bathrooms have become a place that people have no problem trashing and where the once-simple task of using the restroom becomes a hassle.

The first obstacle students face is finding a stall with toilet paper, which is very rare. If one is lucky enough to find a stall without needing to travel to three different bathrooms, there is still the trial of having to read the messages written on the bathroom stall walls. This doesn’t seem that bad, but most don’t find the humor in reading that their mom is hot while trying to pee. After one is done in the stall and urgently washes their hands because of how grossed out they are, they realize there are no paper towels or even soap for that matter. This leads to a walk of shame that too many are familiar with, the one with dripping wet, unclean hands all the way back to class. The condition of the bathrooms drives many people crazy due to the frustration of not being able to wash their hands,

“The bathrooms are really bad,” junior Madi Rizk said. “There is no toilet paper in half the stalls when I go in, there are rarely paper towels in the 300 and 400 hundred bathrooms”

As mentioned before, Reagan wasn’t always this way. According to Rizk, during the time she spent at Reagan her freshman year, the state of the bathrooms was never as bad as they are now.

“They were a lot better. There was toilet paper, there wasn’t really any trash on the floor and the sinks were clean most of the time,” Rizk said.

Though the source of these issues is uncertain, many point fingers at one culprit: freshman boys. The claim people have is that because of COVID, freshmen were not able to have a full middle school experience and therefore had no opportunity to express their pre-teen angst through bathroom demolition. This creates problems because now they are in high school with 2,100 other students that don’t find their bathrooms being trashed very amusing.

“I don’t think it’s funny to trash the school bathrooms, especially because it affects everyone else too,” Rizk said.

Of course, not every freshman is to blame. Many are just as repulsed by the messes and some even think the older students are guilty of the majority of  bathroom defacements.

“It’s not fair to say it is all the freshmen’s fault,”  freshman Henry Johnson said. “I think it’s the older classes who are more comfortable with writing on stalls.”

Because we can’t have anyone directly monitoring the bathrooms, there is no clear solution to the issue. The best steps students can take are not being afraid to report issues when they encounter them, whether it’s just a lack of paper towels or an entire school lunch in the sink. Raiders also must be more mindful of the messes they make, even accidentally, and do their part to clean them up.

The biggest fear with the current state of the bathrooms is the repercussions it could mean for all the students at Reagan, not just the ones making the messes. If the bathroom cleanliness doesn’t improve, it could mean more locked bathrooms preventing students from using them, limiting bathroom passes and even the possibility of faculty members having bathroom duty. Nobody wants these things. Not a single teacher at Reagan would want bathroom duty, and most students hate nothing more than being told they can’t use the restroom. In order to avoid these possibilities, Raiders simply have to stop acting like kindergarteners in the restrooms. The only way for students to avoid restrictions is to act like they don’t need to be restricted.

And to be clear, this is not a critique of the janitorial workers. The Reagan janitorial staff does their best to keep up with the mess, but just a few people can’t be responsible for the mess of 2,100. Especially when those 2,100 students don’t understand they don’t need to use an entire roll of paper towels every time they wash their hands.