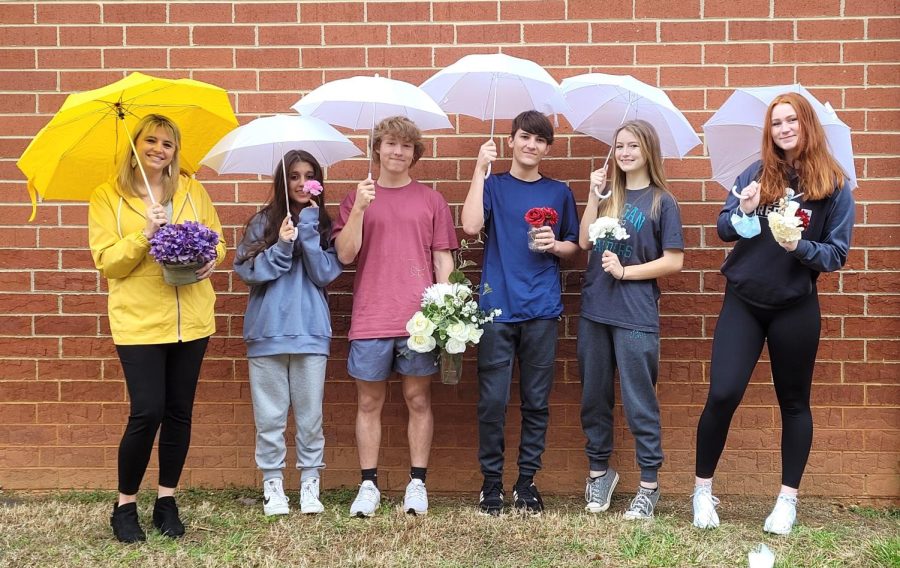 For the staff and students at Reagan, it has been three years since the last official prom. Recently students have been wondering and asking if there will be a school prom this year.

Lori Heath, prom committee advisor, has proudly announced that this year’s prom will be held on April 30, 2022 on the main level of Truist Stadium in Winston-Salem. Doors will open for students at 7 p.m.

The main differences this prom will have compared to years past is the accommodation of having open walls and different food options.

This year both the food and dancing will be on the main level of the stadium. In years past, dancing has taken place in the Flow Club on the top level of the stadium. This change should allow students to attend maskless due to the open walls. The final decision on masking will be decided by the central office of Winston-Salem/Forsyth County Schools.

Instead of a seated dinner, this year’s meal will be available longer due to the change in the type of food that will be served at prom. Previously, dinner ended before the Flow Club opened.

Heath has also disclosed a suggestion to all students who normally go out to dinner before prom.

“If you would like to eat before, then settle for an appetizer at the restaurant,” Heath said. “Then you can eat all night at the prom while you are dancing.”

These adjustments have been made based on teenagers’ wants and past prom experiences. The prom committee has mentioned that they are open to the students’ ideas and suggestions.

Reagan’s last official prom was in 2019, so the committee recommends that students live and experience this prom not only for themselves but also in honor of the class of 2020 and 2021 who could not have a prom.

“Since the last two years we couldn’t have prom, we hope that this prom can be a celebration that can bring some normalcy back,” Blackman said. “I hope we put together a prom that everyone can enjoy.”

And that’s what the prom committee hopes to plan together, an event that everyone can enjoy.

“As a student, I am extremely excited for this year’s prom,” said junior prom committee member Jenna Wilson. “And I think it could be an amazing memory from high school for everyone attending.”