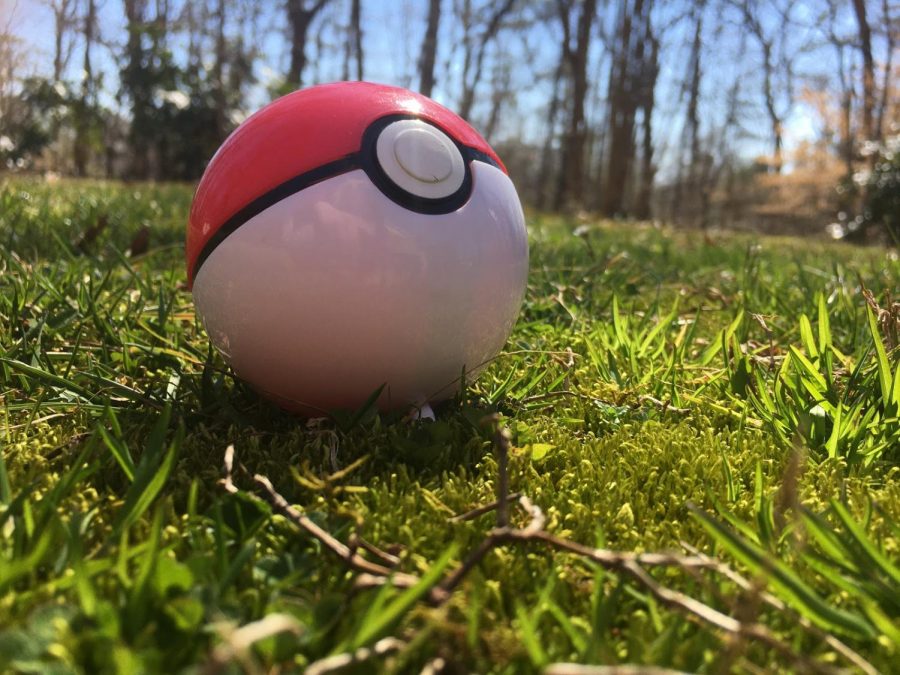 Photo by Tori Suhre The original games were released in 2006, two years after the Nintendo DS console was made. Pokemon Diamond and Pearl introduced new features such as the Poketch, a smartwatch, and the Underground, an area used for wireless multiplayer gaming.

It has been 25 years since the release of the first “main-series” Pokemon games, Pokemon Red and Green. Many events are queued up this year to help celebrate, including new playing cards, virtual concerts and even a partnership with McDonald’s to make Pokemon-themed Happy Meals.

Pop singer Katy Perry has partnered with Universal Music Group to create special Pokemon-themed music to be released throughout the year. On Feb. 27, also dubbed as Pokemon Day, Post Malone held a virtual Pokemon concert that was streamed on both Youtube and Twitch.

McDonald’s also joined in on the Pokemon craze and now serves Happy Meals with boxes colored like the poster-child Pokemon Pikachu, and includes a booster pack of Pokemon trading cards. Unfortunately, scalpers and collectors have been buying Happy Meals in bulk across the U.S. just to hoard and sell the cards for outrageous prices.

At first, the scalpers were simply buying the packs alone, until McDonald’s enforced the policy that a Happy Meal has to be purchased in order to get the cards. Since then, many fans are outraged that Pokemon nor McDonald’s has done anything to solve the issue. Angry parents and Pokemon fans on Twitter have reported the issue to the Pokemon company directly, but there has yet to be anything done about it.

In the spirit of the 25th anniversary of Pokemon, the Pokemon Company announced three new games coming to the Nintendo Switch. One of which is a remake fans have been asking for since the original game’s release. Pokemon Present announced that remakes of Pokemon Diamond and Pearl would be coming to the Nintendo Switch in late 2021, in honor of the games’ 15th anniversary.

Pokemon Brilliant Diamond and Shining Pearl will be developed by ILCA Inc, who has previously worked on games such as Pokemon Home. Game Freak will not be working on these games.

However, the director of the originals, Junichi Masuda will be working on the remakes so they retain their resemblance and charm to the originals. The remakes will still be considered “main-series” games despite being developed by a third-party publisher.

“I’m not a fan of the Diamond and Pearl remakes but if the game looks good it’s fine,” said freshman Beckett Koontz.

Some fans immediately began criticizing the game’s graphics, as they greatly resemble the graphics from The Legend of Zelda: Link’s Awakening. The overworld player models are squat and Hobbit-like, however, in battles, the player’s body is set more to scale with the surrounding areas.

There will also be a grid-style map, not an open-world. The 3D battle graphics will resemble that from Pokemon Sword and Shield, but the open-world terrain will not be present.

The second game announced for the Nintendo Switch was Pokemon Legends: Arceus. This game is not necessarily a remake but a prequel with a brand new story. It takes place in the Sinnoh region as well, but the storyline occurs during ancient times while the land is blank and brimming with wild Pokemon.

This game will be open-world like Pokemon Sword and Shield, but with graphics and world design resembling The Legend of Zelda: Breath of the Wild. It will be developed by Game Freak and is set to be released in early 2022.

There are some unique features coming to Pokemon Legends: Arceus. Firstly, the three starter Pokemon the player gets to choose at the beginning of their journey will not be the same as Sinnoh’s original starters, Chimchar, Turtwig, and Piplup. Instead, players can choose from the fire-type Cyndaquil, the grass-type Rowlet or the water-type Oshawott, three starter Pokemon from other generations.

Another unique feature will be the ability to catch Pokemon in the wild without having to initiate a challenge screen or a battle. Players will still be able to battle wild Pokemon, but they also have the option to sneak up on the Pokemon and throw a Pokeball at it while still in the open world.

The last Pokemon game announced was New Pokemon Snap, a photography game for the Nintendo Switch where the player can explore the wilderness and take pictures of Pokemon for research. The game takes place in the Lental region and will be released on April 30.

New Pokemon Snap will be the first Pokemon photography since the original’s release for the N64 in 1999. One new feature it introduces is the ability to share and edit the pictures taken online. Players can add stickers, frames, and filters to their photos and share them online with players from around the world. This feature, however, is only available to Nintendo Switch Online members.