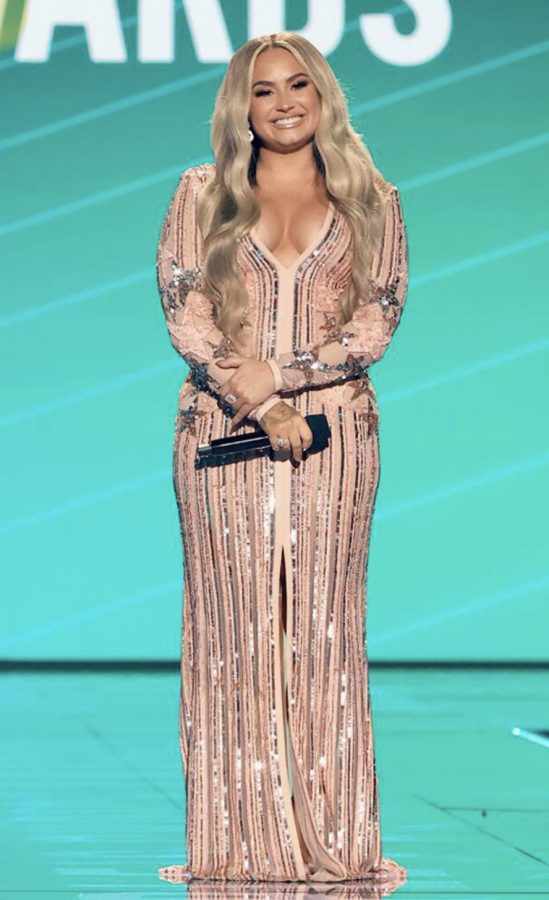 This year’s PCA’s host was Demi Lovato. The award show was held on Nov. 5th on E!

The People’s Choice Awards aired Nov.15 on E! The PCA’s is an award show for musicians, actors, TV stars, influencers and pop sensations. The voting is all up to the people and this year fans casted over one billion votes to decide who was the best of 2020.

For this year’s award show, there were a wide variety of nominations ranging from Emma Chamberlain, YouTube star, to Ellen Pompeo, Greys Anatomy cast member. There was a tie for the most nominations this year between Lady Gaga and Justin Bieber, both nominated for a total of seven awards.

American musician and actress Demi Lovato was this year’s host. She has won two Grammys and a total of five People’s Choice Awards.

Due to the COVID-19 pandemic the show had a combination of virtual and socially distant in person guests. There was also a “Virtual In-Person” audience that helped announce the awards throughout the night.

Below is a complete list of this years 2020 PCA winners: