The obsession with “Among Us” is among us 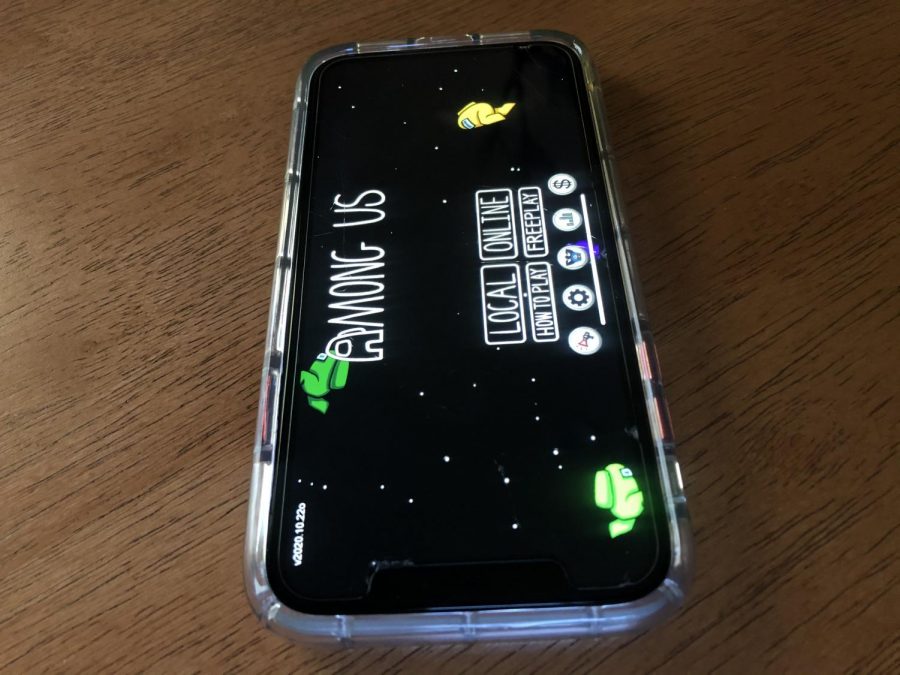 "Among Us" was created by InnerSloth and released on June 15, 2018. The game has become popular in the last few weeks and has provided entertainment for millions.

While the COVID-19 pandemic is still surging through America at an alarmingly fast rate, there is a new pandemic plaguing the children of the country. However, this pandemic only causes virtual deaths and is an extremely entertaining one.

The game “Among Us.” created by InnerSloth, has become an extremely popular game in the last few weeks. It has taken over free time, trends on TikTok and in all honesty, time we are all supposed to be paying attention in class.

The basic outline of the game is that a group of players no larger than ten are in a game at once. Players can choose to join a game with one, two or three impostors. The impostors are those who kill the crewmates, which are the remaining players.

“I prefer being an impostor because I find it more thrilling than a crewmate,” said junior Taylor Reilly. “I like to play with friends and work together.”

There are also three maps to play on, The Skeld, Mira HQ and Polus. Personally, as someone who hates change, I have stuck with The Skeld the whole time I have been playing.

When the game first became popular, I found it incredibly stupid. It reminded me of the “Fortnite” craze, when all I heard on a daily basis was “Where we droppin, boys?” However, I was proven very wrong.

After watching my best friend play a few times, I decided to download it for myself. Some would call this a good idea, as I became quickly borderline addicted. Others, contrarily, would call it a horrible idea because it consumes much more of my day than it should.

“I think the most addicting part of the game is trying to get better at all parts of the game, mainly because you don’t know what your role is when you get into a lobby,” said Elon University junior Alessia Mercuri.

Being the impostor is by far more fun than being the crewmate. It is a much more variant role in that instead of doing the same tasks in almost every game, you can switch it up and be more creative while playing.

When you enter the lobby of a game, you can customize your avatar to be any color offered (as long as it is not taken) and have different hats and clothing. Most people just pick their favorite color out of the ones offered, and while I used to do that, I have now moved on to an even greater task.

I am convinced that there is some algorithm to get impostor and I am determined to figure it out. I no longer play for the fun of it, I play to decode the algorithm. The closest I’ve gotten so far to figuring it out was quite the process.

First, I played a few games, looking to see what color most often got impostor. Then, I played as that color until I became an impostor. Now, this is where it gets complicated.

When trying this theory, I became an impostor four or five times in a row. I still do not know if that was luck or me actually figuring it out, but I am determined to keep trying to see if there truly is an algorithm behind it.

Another popular thing to do whilst playing is instead of joining a random game full of strangers, tell your friends the code of a game and play with each other. I find this way a lot more fun than playing with strangers, especially if one of us is an impostor.

“It’s more fun to play with a group of friends because you feel like you are hanging out in real life,” Mercuri said. “Especially because in Covid, you cannot always hang out with your friends, but this is a good way to do it virtually.”

All in all, “Among Us” became popular at a time in which a lot of us needed a time-passer or a distraction. It is an easy and fun way to think about anything other than the condition of our country right now, which a lot of people desperately need.

I give the game an 8.5/10, the only downside being it gets a little boring after playing for a while and it is slightly repetitive if you continuously get crewmate. However, regardless of that small negative, I highly recommend downloading it with your friends and having a grand ol’ time.