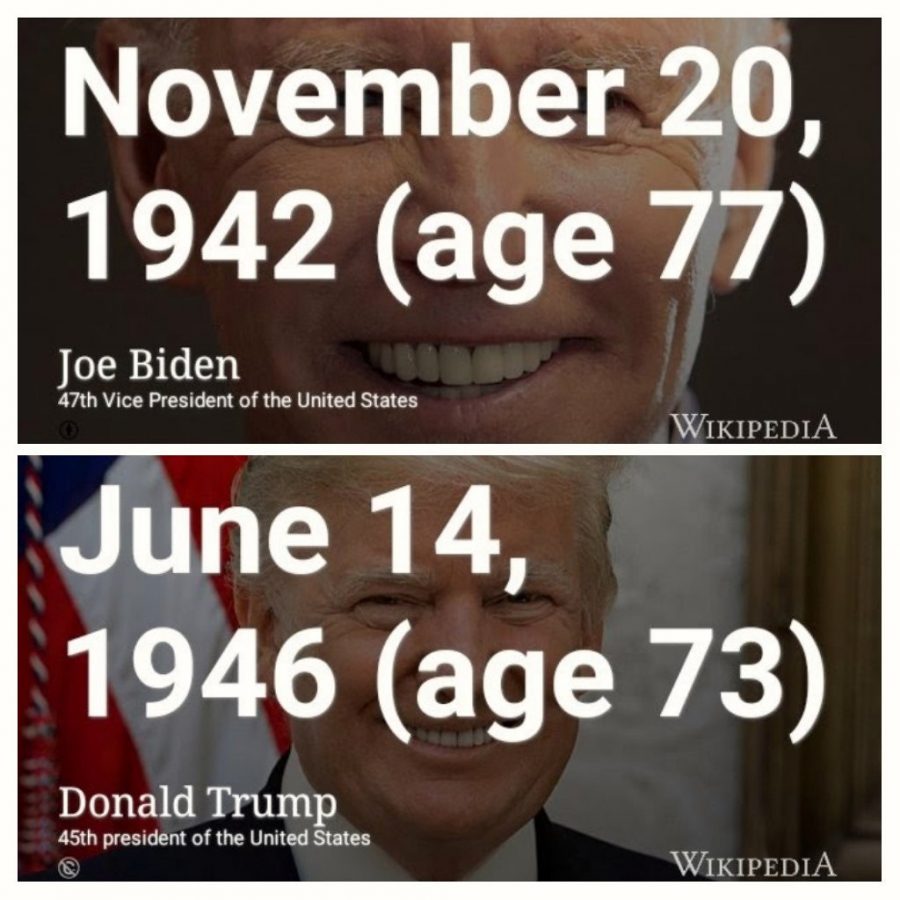 Presidential candidates Joe Biden and Donald Trump will debate next on Oct. 15 at 9 p.m.. They are scheduled to last an hour and a half.

The first Presidential debate for the 2020 election took place on Tuesday, Sept. 29 at 9 p.m.. My main takeaway? For those who watched it, I am truly sorry. For those who did not, count your blessings.

I watched it live, and when it ended I had no words. However, Jake Tapper, host of CNN’s “The Lead” summed up my thoughts perfectly.

“That was a hot mess inside a dumpster fire inside a train wreck,” Tapper said. “That was the worst debate I have ever seen, in fact, it wasn’t even a debate. It was a disgrace.”

Chris Wallace, an anchor for Fox News, was the moderator of this debate. He selected six topics he wanted the candidates to discuss: The Trump and Biden Records, The Supreme Court, COVID-19, the economy, race and violence in cities and the integrity of the election. The plan was to give both President Trump and Vice President Biden two minutes each to discuss their views on each topic, and then 15 minutes for them to debate.

However, this was not reality. Within seconds of each of Biden’s supposedly uninterrupted two minutes, Trump was interrupting at the speed of light.

“The debate exemplified how unfit for office Trump is,” said NC State freshman Mary Gillon. “He couldn’t last a few seconds without chiming in and interrupting Biden.”

While the smart decision on Biden’s part would have been to sit patiently and let the moderator hash it out, Biden took these moments to call Trump things like “a clown” and “the worst president America has ever had.”

Biden did, on the other hand, also show some power moves during the debate. He made an effort to face towards the camera for the majority of his time speaking, therefore facing away from Trump. Many of these jabs made by the candidates towards one another ended up becoming a laughingstock amongst the viewers.

“Some of the interactions and insults, along with some of the comments made by both the candidates and the moderator, were completely hilarious,” said Elon University junior Sam Coffey.

Both candidates, instead of staying as professional and mature as possible, made decisions multiple times during the debate to directly attack one another. While Biden did say, “Will you shut up, man?” at one point to Trump, this comment does not come close to Trump deliberately attacking Biden’s family.

After Biden alluded to his late son Beau’s heroism during his time in service, Trump said he did not know Beau, and proceeded to attack Biden’s other son, Hunter, claiming he was dishonorably discharged from the military for drug use.

After hearing President Trump’s deliberate and utterly hateful attack on a very sensitive topic in Biden’s life, that was the icing on the cake for me. While I had been agreeing with Biden throughout the entire debate, I was still not fond of some of his actions and words towards Trump, but they were miniscule compared to the downright malice Trump was saying.

“Even if you’re not thrilled about either candidate, one is marginally better,” Gillon said.

Another large takeaway from the debate that thousands were talking about on social media was during President Trump and Wallace’s exchange regarding white supremacy. The million dollar question: did Trump quickly mumble “sure” after being asked to denounce white supremacists, or did he directly move on to saying “Proud boys, stand back and stand by.”?

Even if he quickly condemned it, however, that does not make it any better in my mind. A president should spend a lot more time than a quick yes or no to condemn white supremacy, and that is assuming he even said “sure.”

After sitting through what felt like days of two four-year-olds arguing about who gets to play with the plastic cars next, the debate finally ended, and as sad as it is, I was relieved. I turned on the debate knowing exactly who I was rooting for and turned it off disappointed.

Overall, the debate was simply a let down. It was like asking for McDonald’s only for your parents to tell you they already have a meal brewin’ in the crock pot. With the debate between Vice President Mike Pence and Kamala Harris coming up as well as two more presidential debates, here’s hoping the Big Mac of debates comes soon.