Mulan released to Disney Plus 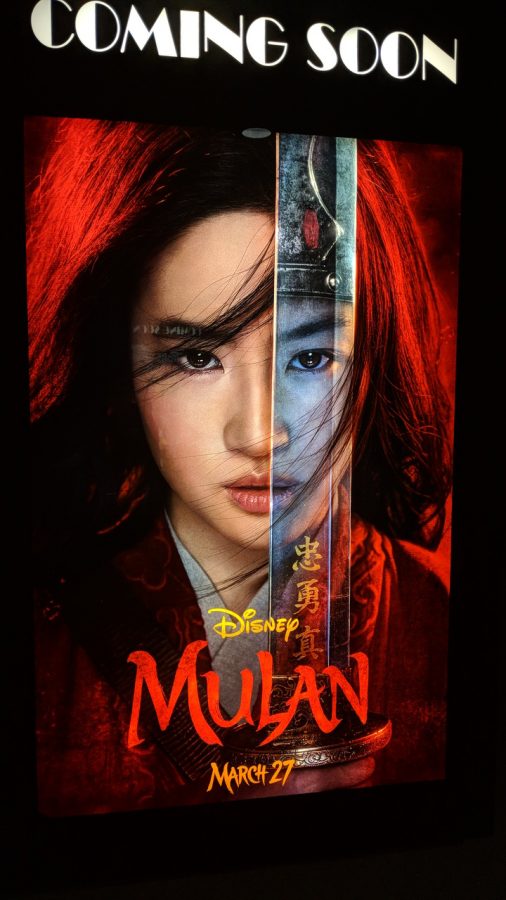 Mulan has been one of Disney’s most anticipated live-action remakes, with its release to Disney Plus being unique and unprecedented. Mulan’s initial release date was March 27, but was delayed due to the Coronavirus. Its release date was moved to Sept. 11, where it will be available on Disney Plus and released to certain countries where theatres are allowed to open.

Disney’s confirmation that the movie will be released in China makes the country one of the most important places to receive a theatrical release. Disney is also releasing the film in theaters in countries that the Disney Plus streaming service is not readily available in, such as Malaysia and Singapore.

For countries with the streaming service available, Disney gave the chance to view the movie a week before its release date for $29.99. The reasons behind this very costly premiere price is that Mulan was quite a gambit.

Mulan was Disney’s most expensive remake, with a production cost of $200 million. The marketing for theatrical release and at home premiere put a big dent in marketing costs, which also included a pricey spot on Super Bowl LIV. The money spent to market needed to be made up somehow, and with high demand for the movie, Disney sought after a higher price to make a sound profit.

Because of the amount of marketing Disney has done for Mulan, there has been a lot of hype among fans. Many are excited to see what has been done with the movie, while others prefer the original, as many characters and scenes have been changed or cut out entirely. For instance; Mushu, Mulan’s dragon companion in the original, will not be making an appearance in the new film. However, some critics say that by cutting out some of the original scenes and characters, the movie makes up for it with thrilling action and battle scenes.

“Disney’s Mulan remake leaves a lot behind, but offers much more in its absence,” Alison Foreman tweeted. “Plenty of 1998 throwbacks pepper a story full of incredible action, humor, and heart.”

Many things within the original Mulan have been changed, including one of its most classic and iconic songs, “Reflection.” The song’s original singer has returned for the remake. Christina Aguilera recorded the song in 1998 and again 22 years later.

The theme of the song is the same, but the lyrics have been revamped with a few new verses. The vocals are more dramatic and intense than the original. Disney released the music video on Aug. 8, and it reached over five million views over the course of five days. The music video’s popularity reflects how excited fans are for the film’s release.

Although the manner of Mulan’s release was quite different this year, it has not changed the quality of the film itself and the love it has received from fans.