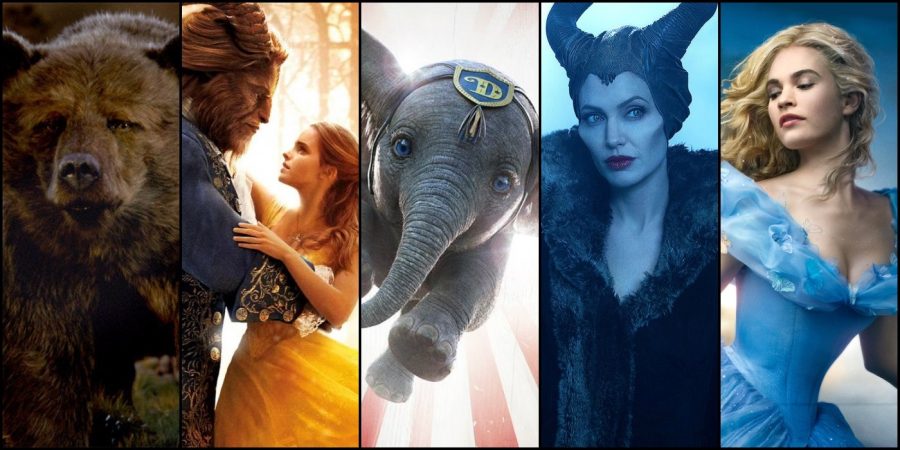 Movie remakes have been around for over a century, dating back to 1914. Ever since movie remakes were first introduced, they have been hated worldwide by moviegoers and fans of the originals. But are all remakes bad? Not necessarily.

It is no surprise that audiences predominantly prefer movie originals over the remakes. Statistics show that 91 percent of audiences prefer originals, and only 21 percent of most remake movies to date were more profitable than the originals. The primary reason why studios continue to remake old classics is because they still make millions of dollars, regardless of if they surpass the original. For instance, Disney’s “Aladdin” remake brought in over $900 million worldwide.

Walt Disney Pictures is famous for remaking old classics and giving them a more modern spin. The live-action reinterpretations of the films anger many fans who grew up with the originals.  Critics argue that the remakes are a lot less “magical” and unique than the originals. However, there are many mixed reviews on whether various Disney remakes are better than the classics or not.

“I don’t like Disney remakes because they remove the integrity of the movie and the parts that make the movie good,” said junior Eli Bounds. “Also, the remakes are just a huge money grab.”

Many live-action remakes of classic Disney films have already been produced, but there are still many more to come. Some upcoming Disney remakes include “The Little Mermaid” and “Pinocchio.” Coming to theatres on March 27 is “Mulan,” a long-anticipated remake featuring Disney’s second most popular princess.

“I am really excited about the new Mulan movie,” said junior Briana Deleon. “Growing up it was one of my favorite Disney princess movies because of how brave and courageous Mulan was for protecting her family and risking her life. To see all that put into a live-action movie is very exciting.”

Disney is not the only company to have made movie remakes. There are also countless horror film remakes made during the 20th century. “Pet Cemetery,” “Annabelle” and “Friday the Thirteenth” are all popular remakes that have been received better than Disney remakes. Some fans believe the remakes are better than the originals because of the improved graphics that make the monsters seem more realistic. However, better technology and graphics doesn’t make a movie better.

“I’m not really a fan of horror movie remakes,” said junior Luis Corea. “If horror remakes were a spice they would be flour.”

The most remade film with over two dozen remakes is Charles Dickens’ classic tale, “A Christmas Carol.” The movie has an inestimable amount of adaptations and retellings of the original story, the most recent being released in 2019.

One of the more popular and better-known adaptations was 2009’s “A Christmas Carol” featuring Jim Carrey. The 3D animated film is another masterpiece reminding moviegoers that not all remakes are terrible.

A more recent remake released to Netflix on Feb. 27 is “Pokemon: Mewtwo Strikes Back.” The movie is based on the first-ever Pokemon movie released in 1999 titled “Pokemon: The First Movie.” The movie follows the main protagonist Ash Ketchum and his loyal partner Pikachu in their journey across the Kanto region and their encounters with the man-made legendary Pokemon Mewtwo. It is the first 3DCG remake released in the entire movie franchise. Earning a 33 percent on rotten tomatoes, many old school Pokemon fans prefer the original from 20 years ago.

“The movie was very good and true to the original, though the art style could have been better,” said junior Sarah Extrom. “The style was just a bit off putting.”

Movie remakes are prevalent in the cinematic universe, some being wonderful and even better than the original. Many fans argue that all remakes are atrocious in every aspect of the word, but this accusation is incorrect. Good remakes can be found anywhere, and it’s all about personal preference. Whether a remake is good or not is completely up to its viewers, but it isn’t fair to assume every remake ever released is terrible based on a few poor remakes made in the past.