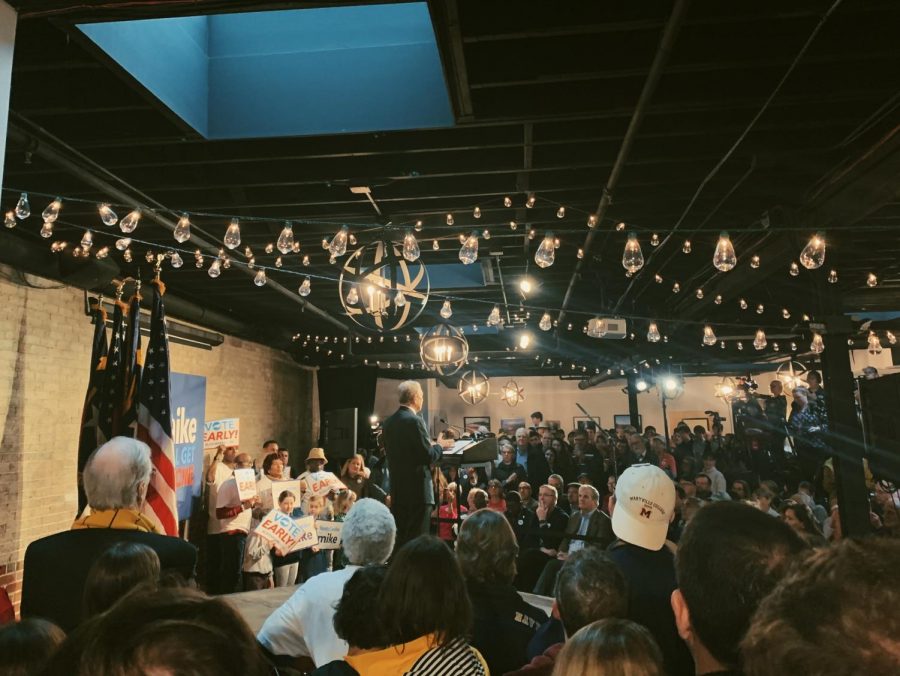 On Thursday, Feb. 13, Winston-Salem was visited by two democratic campaigns: those of Michael Bloomberg and Bernie Sanders.

The rally was originally supposed to take place at Campus Gas on Polo Rd., but the registered crowd was much larger than anticipated.

“The demand to see Mike Bloomberg is so great, we’ve had to secure a larger location,” said Bloomberg campaign spokesperson LaToya Evans. “It’s clear that North Carolinians are interested in hearing more about what he would bring to the table as president.”

Being the former mayor of New York City, Bloomberg says he is the right person for the job, having raised teacher salaries, fighting for gun-control laws, reduced the city’s carbon footprint, along with other policies.

Bloomberg also made a stop in Greensboro at the Cadillac Service Garage. He visited Winston-Salem and Greensboro as some of the last stops on his bus tour, “Get It Done Express.”

“I am running to defeat Donald Trump,” said Bloomberg.

They held a panel alongside Jenny Marshall, who ran for the U.S. House of Representatives in the 5th district.

Turner kept the room energetic, ending each sentence introducing Sanders’ policies with her catchphrase, “Hello somebody!”

Alec Marsh, a Reagan junior who attended the rally, said, “If Nina Turner started a cult, I would join,” because of her peppy delivery and persuasiveness.

“We need systemic change,” said Sarandon. “The Earth is on fire, flooding. We don’t have four more years.”

A key policy that Sanders supports is the Green New Deal, which proposes greener alternatives to transportation, infrastructure and weatherization.

Universal Pre-K was another heavily discussed topic among the panelists, and was a central talking point at the Feb. 19 debate in Nevada.

Former Forsyth County Commissioner Everette Witherspoon Jr. attended the rally and, as a spectator, brought up the topic of free, universal pre-k.

He discussed racial disadvantages that face local families who cannot afford pre-k, mentioning that poorer families who do not have the necessary means  to send their children to preschool will be hindered in terms of test scores and reading levels.

Sanders faces criticism due to his old age and his October heart attack, some claiming he is “too old” to be president, but Turner says otherwise.