Do “The Simpsons” know everything? 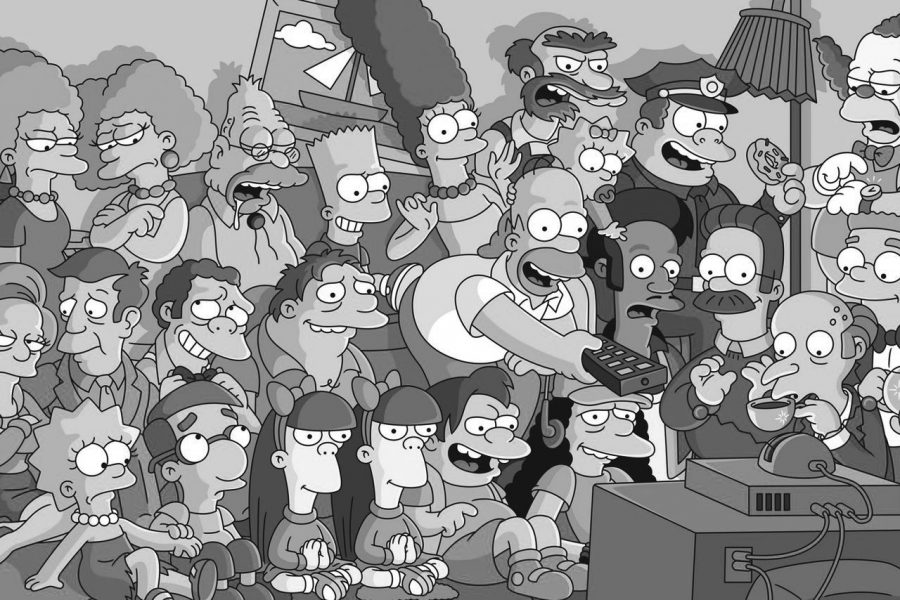 The Simpsons is a popular animated TV show. The show has predicted many events before they have happened.

Over the last few years, “The Simpsons” predicting current events phenomenon has become more and more prevalent. From something as general as the prediction of smartwatches all the way to predicting a certain poster falling at a Trump rally, “The Simpsons” have foreseen multiple events.

“The Simpsons” has been running for 27 years, so predicting some future events isn’t that farfetched. There are many events the show portrayed that were oddly close to things that have occurred recently.

I’m definitely someone who should be considered a “conspiracy theorist.” When I first heard about these predictions, I was extremely weirded out.

The first time I heard about it was in one of Shane Dawson’s conspiracy theory videos on YouTube. He’s been uploading these videos for years now and incorporate many different theories in them.

Dawson is known for making videos about theories or digging deep into people’s lives and finding out truths about them. While he didn’t spend much time talking about “The Simpsons” predictions, it was still the one that caught my attention.

Whenever I first heard about the predictions, one of the first things that came to my mind was deja vu. Deja vu means “already seen” in French and essentially means someone goes through something and feels like they have already been through it.

Even though the show’s predictions are much more eerie than deja vu, they kind of remind me of each other. Whenever I get deja vu, I get a little freaked out because I feel like I’ve done it all before. A show with scenes in it that end up actually happening years later? Deja vu in a much more chilling way.

Once hearing about “The Simpsons” predictions, I started researching it like crazy and seeing everything the show predicted.

I watched multiple videos on the different predictions, read articles about it, researched how similar the events in the show and the real life events were. I devoted a good three hours of my time one night looking into the whole theory.

Even though it is a little eerie that both scenarios involve a power plant and a fish with an abnormal amount of eyes, it is one of the less frightening predictions.

Other predictions from “The Simpsons” are just nasty, not scary. In an episode from 1994, a lunch lady used meat from a bin labeled “assorted horse parts” to make kids’ lunches. A little less than a decade later, there was horse DNA found in over one-third of beef in burgers in Ireland.

It is a little far fetched that “The Simpsons” predicted this since it is an American sitcom and the horse meat scandal happened in Ireland. But if someone is a true conspiracy theorist, they can take the most strenuous connections and turn them into a huge deal.

The show predicted that Lady Gaga would perform at the Superbowl halftime show, and even that she would hang in midair during the performance. It also predicted that Disney would buy 20th Century Fox almost 20 years later.

No matter how small the prediction is, I still find the whole scenario very creepy. Even if it’s a broad prediction, like the Ebola Virus, it’s still very suspicious that a TV show could predict an outbreak 17 years before it occurred.

The more fun ones to think about are the scenes from “The Simpsons” that are extremely detailed that end up occurring in real life. My personal favorite is the scene that occurs at a Trump rally.

In the 2000 episode, Trump is campaigning and hosts a rally. He steps onto an escalator, stands still for a couple seconds, then waves his right arm. As he waves, a man drops a yellow poster behind him.

In 2015, the Trump rally is held at a very similar location as in the episode. He steps onto an escalator, stands still for a couple seconds, then waves his right arm. As he waves, a man drops a yellow poster behind him.

If all of these predictions don’t give you chills just thinking about them, something is wrong. In my mind, there is no logical explanation for this. The answer is simple: “The Simpsons” is an omniscient and extremely chilling show.