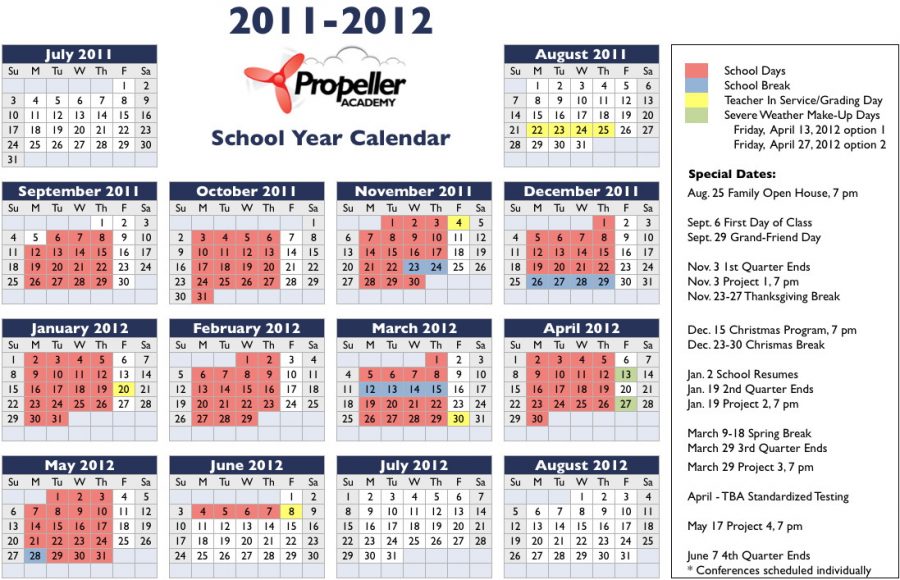 What is your favorite part of school? Is it seeing your friends, making relationships with your teachers, or a specific class? Maybe it’s the long summer break and the five day school weeks? For me, it’s a combination of them all.  However, if the schedule is your favorite part, your emotions might be changing sometime in the future.

Schools across the U.S. have converted their schedules to either four day school weeks or year round schedules with no summer vacation, but longer breaks during holidays and after quarters.

“I would be more for year round school because I’ve done year round before,” said assistant principal Maurice Jackson. “The winter breaks are lovely, and I believe that the learning process is better because you don’t forget as much. You’re learning it, you take a couple weeks, and then you’re coming right back and continuing to learn.”

The minute students hear the potential of a four day week, they’re all for it. Many believe it means they’ll get a day off to relax, and ultimately not go to school as much as they do now. However, four day weeks mean longer days.

A Colorado school district dropped Monday from their school weeks to decrease spendings. School days will be increased by 40 minutes each day, but an estimated $1 million will be saved. Decreasing the days buses have to run could save the district close to $700,000.

“One million is a small portion of our overall operating budget, but we anticipate as we continue down this path additional savings will be seen year after year,” said public information officer Tracey L. Rudnich. “We have been able to put a counselor in every elementary school and roll out our One-2-Web program which puts a Chromebook in the hands of every middle and high school student.”

I realized the majority of Reagan students would rather have four day school weeks than a year round schedule.

“I think I would be for the four day week because the days would be longer, but you’d still have a summer, and I think that’s nice for a lot of teens because they can work,” said Junior Audrey Munger. “It would be hard to schedule to work every so often.”

With all facts in mind, I seem to have the unpopular opinion. I would rather have the year round schedule, specifically the 45-15 plan. It would be easy to obtain and keep information in mind, and the long breaks would help dilute stress immensely.

Some teachers and students, after hearing both options, wouldn’t pick either. Their proposal would be to change back to the conventional schedule.

“The four day week would be nice, because I like the idea of being able to go ‘adult’ a little bit during the weekday, like going to the post office or the bank,” Latin teacher Jessie Craft said. “Now, there would be ramifications for students and for learning with that schedule, so ultimately, although the four day week sounds nice, it’s probably not the best. I think we should go back to the traditional schedule with the same seven classes a day.”

Whether you would like one of the schedule change options or go back to our traditional schedule is your decision. However, many students would like to stick to the norm and keep our schedule the way it has been.